To train qualified professionals to promote the generation, appropriation, recreation and verification of knowledge, within the fields scientific, social, economic and humanitarian research in the area of Oral Health, to participate actively in the solution of the problems that the region and the country have in this field. All this framed, within values ??of transparency, honesty, ethics, tolerance, equanimity, and justice.

The Dentistry program of the University of Magdalena is designed to generate knowledge, analyze situations, propose solutions and achieve permanent changes in the conception and practice of Oral Health to respond effectively, efficiently and safely to changes, demands, and expectations of the environment.

The program will provide permanently updated training according to the most significant pedagogical trends established by the latest legal regulations in this regard. Training that generates a critical attitude in students and teachers, with an investigative and humanitarian conscience to provide the environment with fundamental solutions and training and prevention in Oral Health within a context of family and communities health

The project to create the Dentistry Program emerged as an alternative to articulate the University with the needs of the environment and as a way of responding to the community, within the framework of a restructuring process. After a thorough study, a measured reflection, and countless consultations, the institution studied the possibility of having a new academic offer, all above to become a coherent alternative that responded to the needs of the context. It is convenient to make a brief summary of the process that began in September 1998 and made the program creation possible.

The result of an analysis by the directive body of the University was a proposal to initiate feasibility for the opening of new academic programs and they created a commission of new programs to design a plan oriented to their regulation and study. Afterward, the institution developed a methodological guide of the studies required for the opening of the new curriculums among them Dentistry.

The institution carried out surveys in public and private schools of the department, as well as detailed studies reviewing pertinent literature, studying District, Departmental and National Development Plans and documents of National Health Superintendence, UNESCO, and UN. Additionally, they analyzed possible agreements with universities to launch the program to recognized institutions and visited friendly peer institutions such as the University of Cartagena, which visited the University of Magdalena to evaluate the institutional infrastructure for the creation of the Dentistry Program.

The Odontology Program was born through academic agreement No 017 of October 29, 1999. A Cooperation Agreement with the University of Antioquia was in charge of the training of teachers and the advice in the assembly of the program.

That is how the University established the institutional act of creation of a program of Dentistry in daytime hours and a duration of 10 semesters. Additionally, they made a notification for registration to the Colombian Institute for the Promotion of Higher Education ICFES, which issues the notification register 121346170704700111100. Afterward, and after the visit of Friendly peers and peer reviewers of the National Accreditation Board, the program obtained the qualified registration No. 3236, dated August 4, 2005, valid until August 4, 2012. After filling the regulations of the MEN and the Ministry of Health and with the favorable technical concept of the Cross-sectional Commission for Human Talent in Health, the MEN according to Resolution 100 of January 3, 2014, renews the Qualified Registry to the Dentistry Program of the University of Magdalena for 7 years. 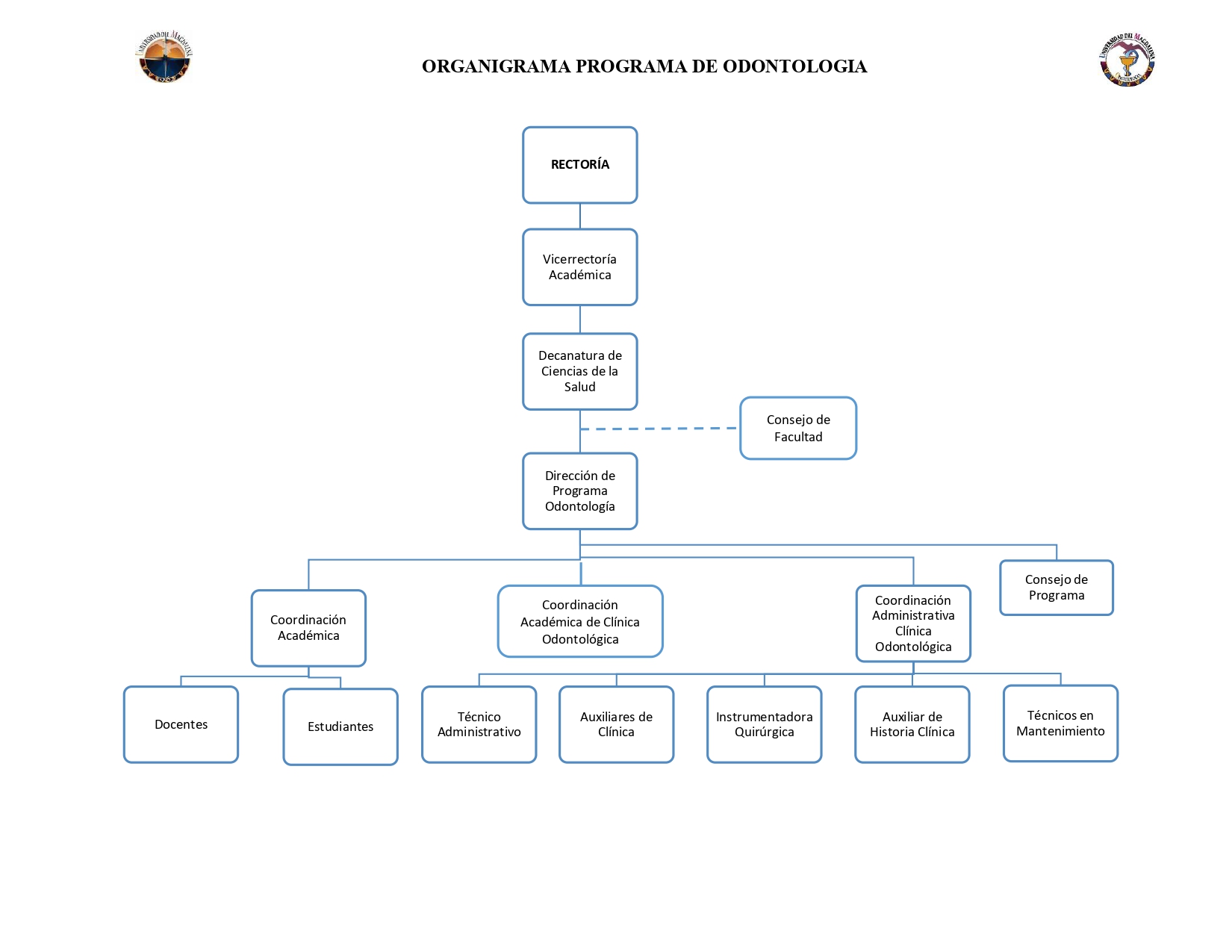